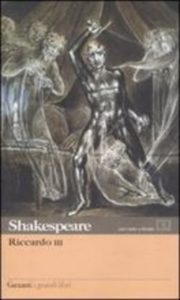 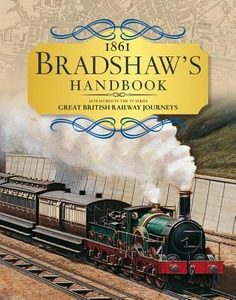 An enlarged facsimile edition of Bradshaw’s descriptive railway handbook of Great Britain and Ireland of 1861. Bradshaw’s original tourist guide to rail travel is the star of the BBC’s television series `Great British Railway Journeys’ as used by Michael Portillo. The original Bradshaws book was produced in 1861, at the time that the railways became essential for tourism as well as infrastructure. This new larger format facsimile edition gives you the chance to explore what is now common through the eyes of a nation for whom rail travel was still a novelty of the age, and provides a fascinating view of railway travel in the nineteenth century. 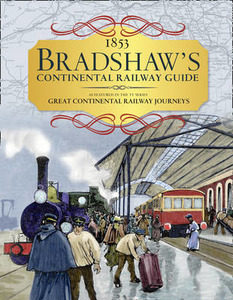 An enlarged facsimile edition of Bradshaw’s descriptive railway handbook of Europe originally published in 1853. Bradshaw’s original tourist guide to rail travel is the star of the BBC’s television series `Great Continental Railway Journeys’ as used by Michael Portillo. Produced in 1853 at a time that the railways became essential for tourism as well as infrastructure. This new larger format facsimile edition gives you the chance to explore what is now common, through the eyes of a continent for whom rail travel was still a novelty of the age. Providing a fascinating view of European railway travel in the nineteenth century. This Bradshaw’s Continental Handbook has been recreated from the Bradshaw’s Continental Railway Guide and General Handbook Illustrated with Local and other Maps `special edition’ from 1853 and also Bradshaw’s General Shareholders Manual and Directory 1853. Maps which appear as pull outs throughout the original text have been moved to a section after the main book. In order to make the original documents easier to interpret this edition has been published at a slightly enlarged scale. 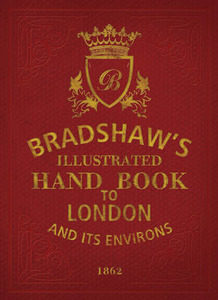 Conway’s latest contribution to the Bradshaw’s publishing phenomenon is this superb and wonderfully illustrated guide to Victorian London, dating from 1862. The book was published in a single volume as a handbook for visitors to the capital, and it includes beautiful engravings of London attractions, a historical overview of the city, and lots of other information relating to London theatres, Hackney carriages, omnibuses, London churches and even banks. There is also advice for tourists on coping with London smog, avoiding pickpockets, dealing with London’s muddy streets and ferocious din, and many other topics – some just as useful today as they were in 1862! The main body of the book focuses on a series of ‘walking tours’ radiating outwards from the centre of London, covering the North, East, South and West, The City of London and a tour of the Thames (from Greenwich to Windsor). All major attractions and districts are covered in detailed pages full of picturesque description. This reformatted edition preserves the historical value of this meticulously detailed and comprehensive book, which will appeal to Bradshaw’s enthusiasts, local historians, aficionados of Victoriana, tourists and Londoners alike – there really is something for everyone. It will enchant anyone with an interest in the capital and its rich history. 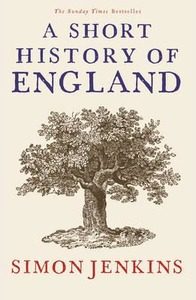 Which battle was fought ‘For England, Harry and St George’? Who demanded to be painted ‘warts and all’? What – and when – was the Battle of the Bulge? In A Short History of England, bestselling author Simon Jenkins answers all these questions – and many more – as he tells the tumultuous story of a fascinating nation. From the invaders of the dark ages to today’s coalition, via the Tudors, the Stuarts and two world wars, Jenkins weaves together a gripping narrative with all the most important and interesting dates in his own inimitable style. Until now there has been no short history of England covering all significant events, themes and individuals: this bestselling book, published in association with the National Trust, will be the standard work for years to come. 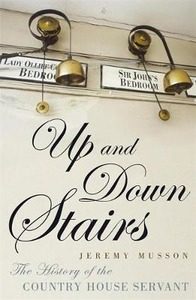 Country houses were reliant on an intricate hierarchy of servants, each of whom provided an essential skill. Up and Down Stairs brings to life this hierarchy and shows how large numbers of people lived together under strict segregation and how sometimes this segregation was broken, as with the famous marriage of a squire to his dairymaid at Uppark. Jeremy Musson captures the voices of the servants who ran these vast houses, and made them work. From unpublished memoirs to letters, wages, newspaper articles, he pieces together their daily lives from the Middle Ages through to the twentieth century. The story of domestic servants is inseparable from the story of the country house as an icon of power, civilisation and luxury. This is particularly true with the great estates such as Chatsworth, Hatfield, Burghley and Wilton. Jeremy Musson looks at how these grand houses were, for centuries, admired and imitated around the world. 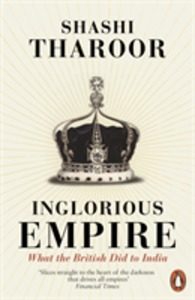 The Sunday Times Top 10 bestseller on India’s experience of British colonialism, by the internationally-acclaimed author and diplomat Shashi Tharoor ‘Tharoor’s impassioned polemic slices straight to the heart of the darkness that drives all empires … laying bare the grim, and high, cost of the British Empire for its former subjects. An essential read’ Financial Times In the eighteenth century, India’s share of the world economy was as large as Europe’s. By 1947, after two centuries of British rule, it had decreased six-fold. The Empire blew rebels from cannon, massacred unarmed protesters, entrenched institutionalised racism, and caused millions to die from starvation. British imperialism justified itself as enlightened despotism for the benefit of the governed, but Shashi Tharoor takes demolishes this position, demonstrating how every supposed imperial ‘gift’ – from the railways to the rule of law – was designed in Britain’s interests alone. He goes on to show how Britain’s Industrial Revolution was founded on India’s deindustrialisation, and the destruction of its textile industry. In this bold and incisive reassessment of colonialism, Tharoor exposes to devastating effect the inglorious reality of Britain’s stained Indian legacy.