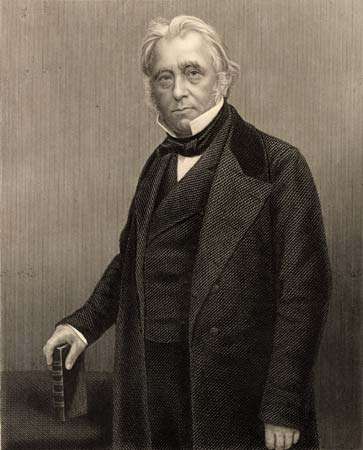 Macaulay was born in the house of an uncle in Leicestershire. His father, Zachary Macaulay, the son of a Presbyterian minister from the Hebrides, had been governor of Sierra Leone; an ardent philanthropist and an ally of William Wilberforce, who fought for the abolition of slavery, he was a man of severe evangelical piety. Macaulay’s mother, a Quaker, was the daughter of a Bristol bookseller. Thomas was the eldest of their nine children and devoted to his family, his deepest affection being reserved for two of his sisters, Hannah and Margaret. At age eight he wrote a compendium of universal history and also “The Battle of Cheviot,” a romantic narrative poem in the style of Sir Walter Scott. After attending a private school, in 1818 he went to Trinity College, Cambridge, where he held a fellowship until 1831 and where he gained a reputation for inexhaustible talk and genial companionship in a circle of brilliant young men. In 1825 the first of his essays, that on John Milton, published in The Edinburgh Review, brought him immediate fame and the chance to display his social gifts on a wider stage; he was courted and admired by the most distinguished personages of the day.

Macaulay studied law and was called to the bar in 1826 but never practiced seriously. When his father’s commercial interests failed, he undertook the support of his whole family by writing and teaching and obtained a minor government post. He aspired to a political career, and in 1830 he entered Parliament as member for Calne in Wiltshire. 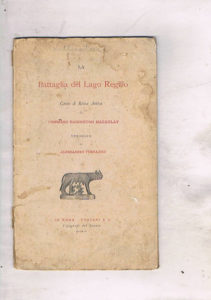 During the debates that preceded the passage of the Reform Act(1832), Macaulay eloquently supported the cause of parliamentary reform and was regarded as a leading figure in an age of great orators. He became a member and later the secretary of the Board of Control, which supervised the administration of India by the East India Company. Working on Indian affairs by day and attending the House of Commons in the evenings, he nevertheless found time to write a ballad, “The Armada,” as well as eight literary and historical essays for The Edinburgh Review.

In the first parliament elected after the act of 1832, Macaulay was one of the two members from the newly enfranchised borough of Leeds. He soon faced a problem of conscience when the question of slaverywas debated. As a holder of government office he was expected to vote for an amendment proposed by the ministry but disapproved by the abolitionists. He offered his resignation and spoke against the government, but since the House of Commons supported the abolitionists and the government gave way, he remained in office.

In 1834 Macaulay accepted an invitation to serve on the recently created Supreme Council of India, foreseeing that he could save from his salary enough to give him a competence for life. He took his sister Hannah with him and reached India at a vital moment when effective government by the East India Company was being superseded by that of the British crown. In this he was able to play an important part, throwing his weight in favour of the liberty of the press and of the equality of Europeans and Indians before the law. He inaugurated a national system of education, Western in outlook, and as president of a commission on Indian jurisprudence he drafted a penal code that later became the basis of Indian criminal law. Meanwhile, he suffered two personal blows: his sister Margaret died in England, and in 1835 his sister Hannah left him to marry a promising young servant of the East India Company, Charles Trevelyan.

Macaulay returned to England in 1838 and entered Parliament as a member for Edinburgh. He became secretary for war in 1839, with a seat in Lord Melbourne’s Cabinet, but the ministry fell in 1841, and he found the leisure to publish his Lays of Ancient Rome (1842) and a collection of Critical and Historical Essays (1843). He was made paymaster general when Lord John Russell became prime minister in 1846 but spoke only five times in the parliamentary session of 1846–47. In the latter year he lost his seat at Edinburgh, where he had neglected local interests. He had, in fact, lost much of his interest in politics and retired into private life with a sense of relief, settling down to work on his History of England. His composition was slow, with endless corrections both of matter and style; he spared no pains to ascertainthe facts, often visiting the scene of historical events. The first two volumes appeared in 1849 and achieved an unprecedented success, edition after edition selling well both in Britain and in the United States. When the Whigs returned to power in 1852 he refused a seat in the cabinet but was returned to Parliament by Edinburgh and took his seat. Soon afterward he developed a heart disease and thenceforth played little part in politics. The third and fourth volumes of his Historywere published in 1855 and at once attained a vast circulation. Within the generation of its first appearance more than 140,000 copies had been sold in the United Kingdom, and sales in the United States were correspondingly large. The work was translated into German, Polish, Dutch, Danish, Swedish, Hungarian, Russian, Bohemian, French, and Spanish.

In 1856 Macaulay left Albany in Piccadilly, where he had lived since 1840, and moved to Holly Lodge, Campden Hill, then a district of lawns and trees. In the following year he was raised to the peerage, with the title of Baron Macaulay of Rothley. His health was now visibly failing; he never spoke in the House of Lords, and he accepted that he would live scarcely long enough to complete the reign of William III in his History. He died at Campden Hill and was buried in Westminster Abbey. The fifth volume of his History, edited by his sister Hannah, was published in 1861.

Macaulay’s exceptional gifts of mind were never, as they have been for many men of genius, a source of calamity or mental anguish. Had he wished, he could have risen to high political place, perhaps to the highest; instead, he chose to devote his powers to the portrayal of England’s past. His command of literature was unrivaled. That of Greece and Rome, stored in his extraordinary memory, was familiar from college days, and to it he added the literature of his own country, of France, of Spain, and of Germany. He had limitations. In later life he never gave expression to any religious conviction, and he had no appreciation of spiritual, as distinct from ethical, excellence. All religious and philosophical speculation was alien to his mind, and he showed no interest in the discoveries of science as distinct from technology. Of art he confessed himself ignorant, and to music he was completely deaf. At games, sports, and physical skills—even those of shaving or tying a cravat—his incompetence was complete. In appearance he was short and stocky, with plain features that reflected a powerful mind and a frank and open character. 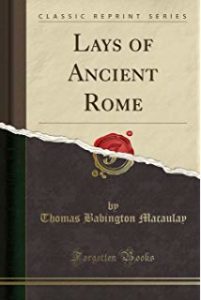 Macaulay never married. His great capacity for affection found its satisfaction in the attachment and close sympathy of his sisters, particularly of Hannah, later Lady Trevelyan, who remained in almost daily contact with him even after her marriage, and whose children were to him as his own. He had a keen relish for the good things of life and welcomed fortune as the means of obtaining them for himself and others, but there was nothing mercenary or selfish in his nature; when affluent, he gave away with an open hand, often rashly, and his last act was to dictate a letter to a poor curate and sign a check for £25.

Macaulay’s History of England brought him a secure, if diminished, place among English historians as the founder, with his contemporary Henry Hallam, of what is now known as the Whig interpretation of history. Fostered in the traditions of sturdy evangelical piety and liberal reform, he saw the origin and triumph of these values in the Glorious Revolution (1688–89), which firmly established the supremacy of Parliament and restricted the monarchy to a constitutional status. He planned to write the history of England from 1688 to 1820 (the death of George III) but died before he had completed it. Macaulay’s work is thus an account of that revolution, with a narration of the years preceding and following it. In stressing the unique importance for England of the revolution and, by implication, the superior virtues of those who brought it about, traditionally the Whig Party (though the Tories were also involved), Macaulay popularized a view of English history that was notably followed by his nephew Sir George Otto Trevelyan and his great-nephew George Macaulay Trevelyan and that affected the teaching of history as late as World War II. 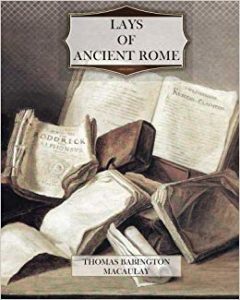 Macaulay’s essays helped to mold the outlook of a generation of Englishmen and to give to many their first vivid glimpse of the past, together with a conviction that their own institutions would serve the best interests of developing countries under their care. His style, clear, emphatic, and insensitive, with short sentences forming a self-contained paragraph, came to be for half a century the characteristic English style in higher journalism and exposition of all kinds. Macaulay’s reputation, immense during the last decade of his life, fell steadily in the 50 years that followed. His undisguised political partisanship, his arrogant assumption that English bourgeois standards of culture and progress were to be forever the norm for less favoured nations, and the materialism of his judgments of value and taste all came under heavy fire from such near-contemporary critics as Thomas Carlyle, Matthew Arnold, and John Ruskin. Moreover, a revolution in the realm of historical studies, already accomplished in Germany during Macaulay’s lifetime but never appreciated by him, soon affected English historiography. Wide as was Macaulay’s reading, his approach was largely uncritical, as his enthusiasm often carried him away. By taste and training an orator, his writing was special pleading rather than impartial presentation. Yet, despite these severe limitations, his greatness is incontrovertible, and, regarded solely as a work of art, the status of his History remains unassailed. In the grasp and range of his knowledge, in his powers of vivid and sustained narrative, and in his marshalling of topics to serve a great design, his History is unsurpassed among the work of English historians, save, perhaps, by The History of the Decline and Fall of the Roman Empireof Edward Gibbon. 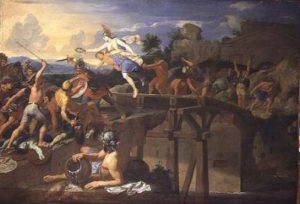 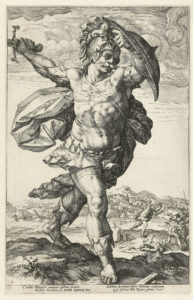