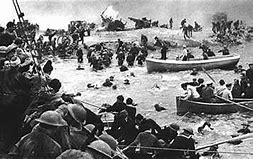 The Battle of Dunkirk took place between 26 May and 4 June 1940 during the first period of World
War II. After the so-called “phoney war” for the British, a historical period ranging from the end of
the Polish campaign to the start of operations in France (May 1940) where there was a stasis in

the military operations, the French campaign began with the overwhelming advance of the
Panzer-Division through Belgium. After defeating the weak French formations deployed in this
area of the front, the German forces advanced rapidly westward reaching the shores of the English
Channel as early as 20 May. France’s best armies and the British Expeditionary Force were isolated
and they couldn’t fight back. The desperate situation of the Allied forces forced the Anglo-French
commands, after some failed counter-attack attempts, to order a retreat towards the English
Channel coast. The withdrawal operation was very difficult as most British ships were intercepted
and hurled along the canal by the German Air Force and submarines. A more effective plan had to
be used to ensure that more than 400,000 soldiers could return to their homeland.

The operations were planned by the admiral Bertram Ramsay quickly and efficiently, thanks in part
to the skill of his collaborator Captain William Tennant, who would direct operations directly from
the beaches and who reached Dunkirk on the afternoon of 27 May. The great port of Dunkirk and
its wide beaches were chosen as a concentration and evacuation area. At the same time, in Dover,
a large number of destroyers and smaller vessels were gathered, such as merchants, ferries, steam 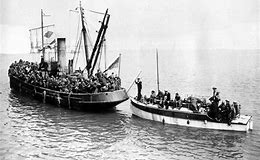 post and coastal ships. British railways were prepared to transport the large mass of soldiers who
would have flocked to Dover. At 18:57 on 26 May the so-called Dynamo operation began.
This mission has gone down in history as an episode of great courage and magnanimity of the
British civilians who, from their welcoming homes, set out with their private boats to go and retrieve thousands of soldiers. Many historians, however, soon realized that this would never have
happened if Hitler had not ordered to stop the German advance and allow the evacuation. As
evidenced by the reaction of the generals when they had to close the encirclement, the Nazi
armored divisions were at their highest level of morale and still had all the strength necessary to
complete the operation. Hitler, on the other hand, forbade the panzers to cross the line northwest
of Arras, which would cut supplies and escape routes to the Allies. For this reason, both the
commander-in-chief of the Wehrmacht Walther von Brauchitsch and General Franz Haider were
utterly baffled by such an intrusion by the Fuhrer into war operations. Haider thought of
circumventing Hitler’s absurd order (at the limits of military sabotage) but in the and he obeyed
because he was scared :

“If I could have acted according to my intentions, the British could not have escaped so easily from
Dunkirk. However, my hands were tied by direct orders from the Fuhrer, and as the British climbed
on ships off the beaches, I was kept out the door with no chance of moving. I asked the Supreme
Command to immediately send my five panzer divisions to completely destroy the retreating
British, but I received tax orders from the Fuhrer not to attack under any circumstances and was
expressly forbidden to send troops to less than 10 miles from Dunkirk.”

So at this moment Adolf Hitler was in a position to deliver such a devastating military defeat to
the British that they might never have recovered. But Hitler hesitated. Why?
Twelve days before the panzers were halted, Winston Churchill had become prime minister and
without the successful evacuation of what was left of the British Expeditionary Force, BEF,
Churchill might well have been out-maneuvered by colleagues ready to do a deal with Hitler. It is
known that in the in Mein Kampf he had called for an alliance with the “Aryan brothers” of Great
Britain and, according to some sources, his orders were justified precisely on the grounds that he
did not want to humiliate the enemy, so that peace negotiations were still possible. But The prime
minister didn’t want to do a deal with the Nazis and he underlined this in a telegram that he wrote
on May 28 : 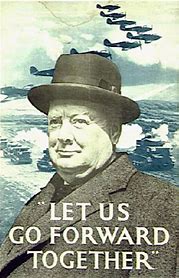 “Our only hope is victory and England will never quit the war whatever happens till Hitler is beat
or we cease to be a state.”

In 1945, as Hitler faced his own end, he complained that in 1940 he had given Churchill “a sporting
chance” that Churchill had failed to reciprocate.
Nonetheless, Hitler and many of those around him knew that some leading politicians and
members of the aristocracy in London were ready to collaborate. A movement to appease Hitler in
the belief that the British and Germans were not natural enemies had grown long before the
outbreak of war and was far from expired; indeed, these people now believed that Britain was
facing inevitable defeat and that Churchill’s bravado performances in public were more theatrical
than rational.

Rudolf Hess and his connection with Britain

As we said the Nazi elite had close ties to the British elite, and a month before the war began on
two fronts a mysterious fact, that can be explained as the ultimate attempt Germany to reach a
separate peace agreement with Britain, happened. On 10 May 1941, Hitler’s right-hand man
Rudolf Hess took off from Augsburg in a specially modified fighter jet (it had been equipped with

two additional fuel tanks) to fly secretly to Scotland.
Officially, the purpose of his mission is not known, but it is very likely that he intended to
negotiate with the pro-Nazi British nobility to overtake Churchill and close the Western Front
before beginning the attack against Stalin. The British King Edward VIII (Duke of Windsor) had
great admiration for Hitler, but in 1936 he had left the throne to marry the American Wallis
Simpson. Hess was therefore due to meet with the Duke of Hamilton and Prince George (both pro-
Nazis) because Hitler had a plan to resettle former Ruler Edward VIII in exchange for the signing of
the peace with Germany.
Hess, however, not only did not get the welcome he had hoped for, but he was arrested after
parachuting near the Duke of Hamilton’s castle. News of his capture arrived immediately in
Germany and Hitler released an official statement on the radio in which he declared that Hess had

Churchill’s embarrassment was enormous, because he could not publicly admit the existence of
“underground” friendships between the British royals and the Nazi regime. For this reason he
dropped the news, without exploiting the capture of the number two of the Nazi Party for military
propaganda. During the Nuremberg trials, Hess was found guilty of the charges against Nazism and
was held in solitary confinement in the Berlin prison of Spandau. During all the years of his
detention, he was forbidden from speaking with his family about the events surrounding World
War II. In 1973 he was visited by the British medical officer Hugh Thomas, who doubted that the
prisoner was actually Hess because he could not find some scars that he had from the First World
War.
From the day Hess parachuted into Scotland he was visited by dozens of specialists, but none of
them noticed the presence of scars on his body. It was also discovered that the carcass of the
aircraft referred to as the aircraft used by Rudolf Hess to parachute into Scotland had a different 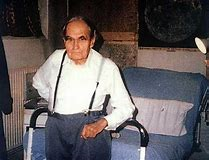 serial number so probably it was not the real one. On August 18, 1987, at the age of 93, the
prisoner was to be released, but incredibly, he was found hanging behind bars in his cell with an
electric cable. The case was dismissed as suicide and documents from the British military archives
on Rudolf Hess were kept secret for years.
Recently, a team analyzed a newly-discovered blood sample from which they obtained DNA and it shows that it matched the DNA from a known surviving relative of his. The tests show a 99% certainty that the man who died in Spandau was indeed him. It is not known why the scars were not found and why it was believed that he was not the prisoner. The story still remains partially a mystery. 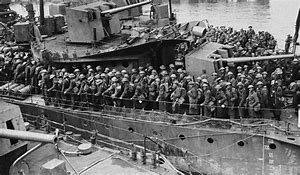 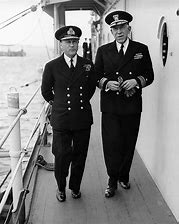 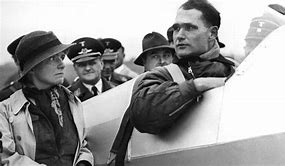 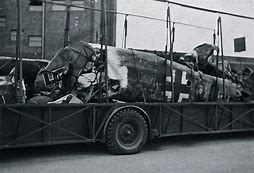