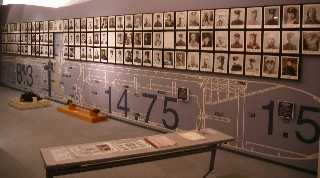 There was an underwater equivalent, which was arguably even more gruelling for anyone who signed up. Deployed by the Imperial Japanese Navy, the Kaiten were basically torpedoes which contained human beings. These intrepid pilots, spurred on by their religious devotion to the empire, would use steering controls to aim themselves at their targets, giving their lives in a bid to fend off the encroachin Allies.

There were plenty of men willing to enlist in this deadly programme. The chosen pilots were aged from their teens to their late 20s, and even the training was frequently lethal. Sealed into the vast, ominous torpedoes, the men would go on practice runs using an on-board periscope to navigate, but 15 pilots perished when their training vessels smacked into targets by accident. Even though they were carrying dummy warheads, the impact was enough to shatter anyone sitting within the torpedo.

They were launched into combat from submarines that had been specially adapted to carry this bizarre and fatal cargo. There was a tube which connected the sub to the torpedo – just big enough for the pilot to squeeze through and enter the body of the torpedo. The Kaiten would then fire off in the direction of the target, surface briefly so the pilot could verify his position through a periscope, and then surge on for the final assault. If he missed the target more than once, there was a last resort: self-detonation. Whether the mission was a failure or a success, the pilot would not come back alive.

The first deployments took place in November 1944. One of these Kaiten contained one of the two men who pioneered the creation of these new weapons, and he carried the ashes of his co-inventor, who’d been killed during early testing exercises. This first Kaiten onslaught claimed the USS Mississinewa, which was anchored when the human-torpedo struck. Engulfed in flames, the ship sank with the loss of 63 American sailors, and was a success for the Kaiten fleet – although the Japanese thought they’d actually claimed more targets than they really did.

In fact, the Japanese overestimated the effectiveness of the Kaiten. The only other major victory for the suicide pilots was the destruction of the USS Underhill in 1945. The Underhill was ambushed and hit by two Kaiten torpedoes, and was utterly torn apart with the loss of half her crew. Not long after, the Kaiten were almost deployed to destroy the USS Indianapolis, but the submarine captain opted to deploy regular torpedoes instead – the fate of the survivors, who were preyed upon by sharks, would later be immortalised in a famous scene in Jaws. 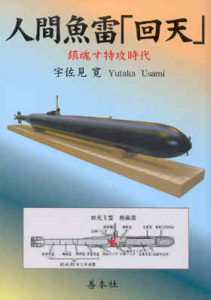 Ultimately, though, the Kaiten programme would prove far more costly for the Japanese than for the Allies. The torpedoes were credited with killing 187 Allied servicemen, but many hundreds more Japanese would die during the deployments – either inside the Kaiten weapons themselves, or on board the submarines which were sunk while carrying the torpedoes on their missions. Objectively, the whole programme simply wasn’t worth the effort, the brainpower and the blood put into it, but the dire predicament of the Japanese in 1944 and 1945 meant they were driven to these desperate innovations in warfare. 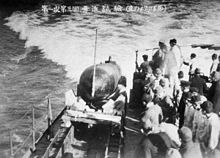 Sitting in his canvas chair within the belly of a metal beast, a horde of high explosives packed a metre or so from his head, seawater trickling in through cracks and the absolute certainty of imminent death, the Kaiten pilot would have seen himself as an emblem of selfless loyalty and patriotism, even if the surviving hulks of unexploded Kaitens chill museum visitors today. 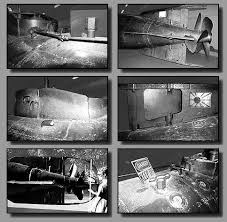 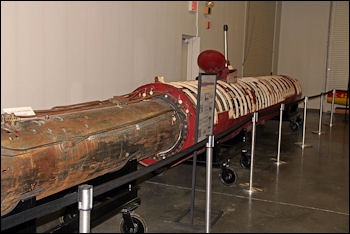 Forty-eight-foot-long kai-ten (“return to heaven”) human-powered torpedoes could travel 48 miles at a speed of 10 knots. Packed with explosives, the nine-ton crafts were dropped from a mother ship and steered underwater towards an American ship by a pilot who used a periscope to see where he was going.

Kumiko Makihara wrote in the New York Times: “The human torpedoes were named kaiten, literally “turn heaven,” and shorthand for “shake up the heavens and change the course of the war,” reflecting Japan’s desperate desire to reverse the steady string of U.S. victories in the Pacific. They were the brainchild of the Imperial Navy officers Hiroshi Kuroki and Sekio Nishina who eyed the stockpiles of torpedoes sitting in sheds after Japan had shifted its focus of fighting from sea to air. The missiles were redesigned to have a tiny pilot’s chamber, an engine and a gyroscope so they could be steered into their targets. They began shipping out in 1944, the year before Japan’s defeat. [Source: Kumiko Makihara, New York Times, November 3, 2010]

“The volunteers “ if the men who signed up for the missions under immense pressure can be called that “ were mostly in their late teens and early 20s. Their writings describe a calm acceptance of their fate along with words of gratitude and affection to their families. Some are poetic, like the one of the 18-year-old who wrote, “I am the sea. I am normally calm and blue. The turbulent swirls are the angry me.”…They often addressed their final messages to their mothers. “That lunch box was really delicious. I should have asked you to make some more,” were the last words written by one 21-year old.”Ibid]

“To get a first-hand look at a kaiten, we visited Tokyo’s Yushukan military museum…The sleek missile, nearly 15 yards long, was striking in its length compared to the narrow one-yard diameter into which the soldier would squeeze. Painted in white on the hatch was a chrysanthemum floating on water, the family crest of a samurai loyal to the emperor. “The 1.5 tons of explosives in its bow instantly sank a ship,” reads the museum pamphlet. [Ibid]

“What it doesn’t say is that the more than 100 kaiten launches resulted in only two major sinkings of enemy vessels; the oiler U.S.S. Mississinewa and the destroyer escort U.S.S. Underhill. The torpedoes had limited maneuverability and often set out at night amid rough waters, making it difficult to reach their targets. U.S. ships frequently detected the submarines before the kaiten could even be deployed. And more than a dozen pilots died during training missions, having rammed their missiles aground. [Ibid]